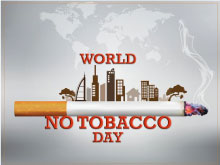 The constituents of smoke are contained in either the particulate phase or gas phase. 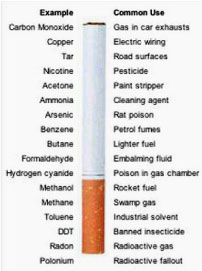 Adverse Effects of Smoking on the Body


If you are a current or former smoker, tobacco has taken a toll on your body. Learn which important medical tests you should undergo periodically.

Smokers are susceptible to many chronic, debilitating age-related diseases including type 2 (adult-onset) diabetes.

People who smoke less than a pack of cigarettes a day have about a 44% increased risk of developing diabetes compared to nonsmokers, according to a 2007 Swiss study published in the JAMA.


Researchers at the University of Lausanne looked at data from 1.2 million people over the age of 30. The longer and more frequently someone smokes, the greater the diabetes risk, researchers found.

If you smoke, or used to – and you’re over 50 – get a simple blood test to measure vitamin D levels as part of your annual checkup.

More than 95% of smokers had insufficient blood levels of vitamin D in the winter (when little is absorbed from sunlight),according to a 2011 study published in the European Respiratory Journal.


Vitamin D deficiency – defined as less than 20 nanograms per milliliter of blood – has been associated with many lung problems.


Among smokers, this deficiency can lead to reduced lung function and faster decline in lung health, according to an October 2012 study in the American Journal of Respiratory and Critical Care Medicine.

Sunshine helps your body make vitamin D, but many people need supplements to get 600 International Units (IU) daily, the amount recommended by the Institute of Medicine for adults under age 70.

Tobacco smoke exposure (TSE) is a modifiable risk factor of cardiovascular disease and the leading cause of death and disability. Active TSE and passive TSE are differentially associated with factors within the lipid profile and adiposity, independent of covariates. TSE prevention efforts should start as early as childhood and continue throughout adolescence and adulthood.

Smoking is the biggest preventable cause of cancer globally. Chemicals in cigarette smoke enter our blood stream and can then affect the entire body, this is why smoking causes so many different types of cancer.

Here are some of the possible ways smoking is thought to harm kidneys:

In addition to tobacco, smoking allows other toxins into the body. And according to the American Association of Kidney Patients (AAKP), studies have shown that smoking is harmful for the kidneys, and can cause kidney disease to progress and increases the risk for proteinuria (excessive amount of protein in the urine).

Smoker’s syndrome is a clinico-pathological condition where patients complain of episodes of facial flushing, warmth of the palms and soles of feet, throbbing headache, fullness in the head, dizziness, lethargy, prickling sensation, pruritus and arthralgia. 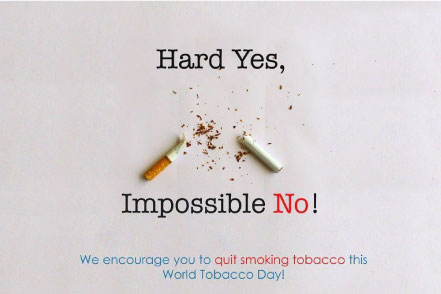 Modern Wellness introduces Smoker’s Wellness Screening - A health check package designed to cover test parameters that require attention if you are a current or former smoker.