At present, CAT scans, MRIs, Biopsy's & Invasive methods are sued to detect cancer. The blood test identified breast, lung, and colorectal cancers, for which there are recommended screening tests. Screening tests help detect cancer in it early, most treatable stages, even before you have symptoms.

Alpha-fetoprotein (AFP) is produced in the liver of a developing fetus. It is the test commonly known in pregnant women as an indicator of developmental defects. However, in nonpregnant women, AFP in the blood may indicates cancer especially of the ovaries, stomach, pancreas, or liver. Other diseases that may cause high levels of AFP in blood include Hodgkin's disease, lymphoma, brain tumors, and renal cell cancer.

Human chorianic gonadotropin beta is physiologically made by embryonic origin trophoblast cells. Its physiological role if to suppress the immune system, start and enhance DNA, RNA of protein synthesis. However, it is also identified as a cancer biomarker as it is present in most, if not all types of cancer.

Cancer Antigen 125 is a surface protein of many ovarian cells, thus shed from these cells to be detected in blood. It has been established as a biomarker for ovarian cancer and as as a tumor marker.

Cancer antigen 15-3 is a protein produced by normal breast cells. Excessive production and shed from cancerous breast tumors, its measure in blood is indicative of cancer along with the related cancer antigen 27.29. Correlation of CA 15.3 is established with increased severity and to follow course of treatment. However, elevated CA 15.3 has not been reported in women with invasive breast cancer thus, may not be useful in all cases. Similarly, it is non specific biomarker as may be detected in patients with cancers of colon, lung, pancreas, ovaries or prostrate along with diseases like cirrhosis, hepatitis. At the same time its monitoring with progression of breast cancer and treatment can be clinically useful due to its noninvasive nature. 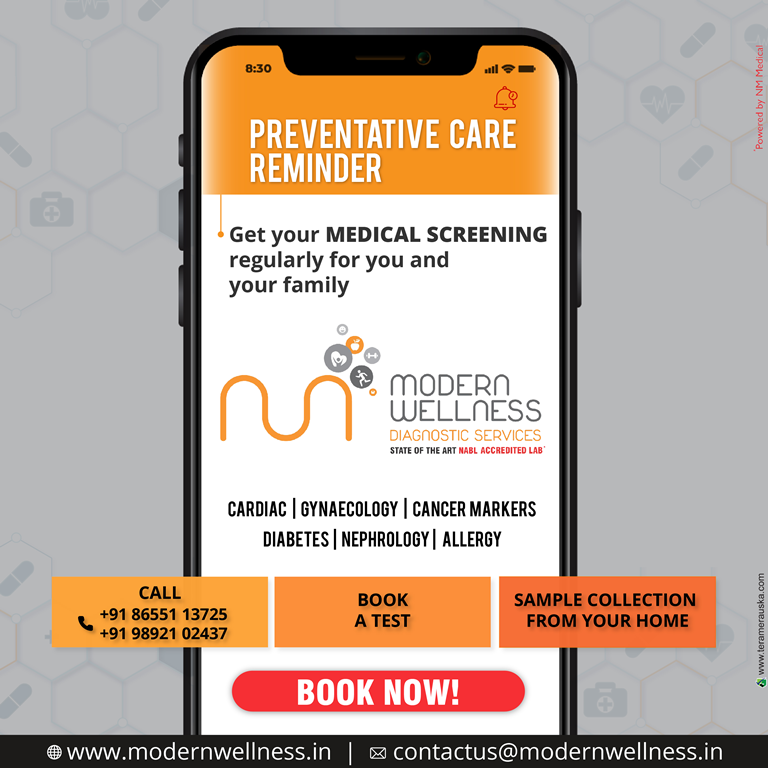 Cancer antigen 19.9 is a protein that exists on the surface of certain cancer cells. This test measures the level of CA19-9, in blood to follow the progression of cancer. Although the marker is non-specific to female cancers but very levels are associated with pancreatic cancer, and is of great utility as a non-invasive tumour marker. Monitor the levels of CA 19.9 help evaluate success of surgery or drug treatment, or a recurrence.

The Complete Blood Count (CBC) gives an understanding to overall health and general disease condition. Moreover,  The test include

The amount of red blood cells in the blood.

A protein that transports oxygen or carbon dioxide in the blood.

Measures the average volume of red blood cells in the blood.

The amount of hemoglobin per red blood cell.

The amount of hemoglobin concentrated in a given volume of red blood cells.

Measures the difference of red blood cell size or volume in blood sample.

Measures the amounts of different white blood cell types within the blood.

Platelet Count Measures the amount of platelets (fragments and particles of cells) in the blood that are crucial for blood clotting.

carcinoembryonic antigen (CEA) is a broad spectrum cancer marker. Blood CEA levels are found elevated in almost all types of cancer, with prevalence in cancers of the breast, colon, and rectum.

Liquid Based Cytology (LBC) is a new technique for collecting cytological samples in order to detect cervical cancer. India accounts for one-quarter of the worldwide burden of cervical cancers. It accounts for 17% of all cancer deaths among women aged between 30 and 69 years. One in very 53 Indian women are estimated to suffer from the disease in their lifetime. We are still struggling with required infrastructure for diagnosis of cervical cancer screening in women in our country. LBC has shown increased detection rate for preneoplastic squamous intraepithelial lesions compared to conventional Papanicolaou (Pap) smear method. Other advantages include a reduction in the number of inadequate slides, increased sensitivity of the test and increased productivity of smear readers.

Human papillomavirus (HPV) test or Pap test is a regular screening method for the detection of infected cervical cells to reduce the development of cervical cancer. Testing is generally recommended to begin at age 21 and to end at age 65, as long as recent results have been normal.

( Certain content is taken from sources, owned by those writers and companies, not propriterary of Modern Wellness and we thank those companies for the same)