A Pap smear test, also known as a Papanicolaou test/ Liquid Based Cytology (LBC), is a screening procedure to detect cervical cancer in women, which is caused by a sexually transmitted virus called ‘Human Papillomavirus’ (HPV). It involves collecting cells from your cervix (lower narrower portion of the uterus).

Liquid based cytology (LBC) was developed as an alternative because only a representative portion of the sample is used, the residual material in the vial may be used for ancillary testing such as human papillomavirus (HPV) testing and other molecular tests 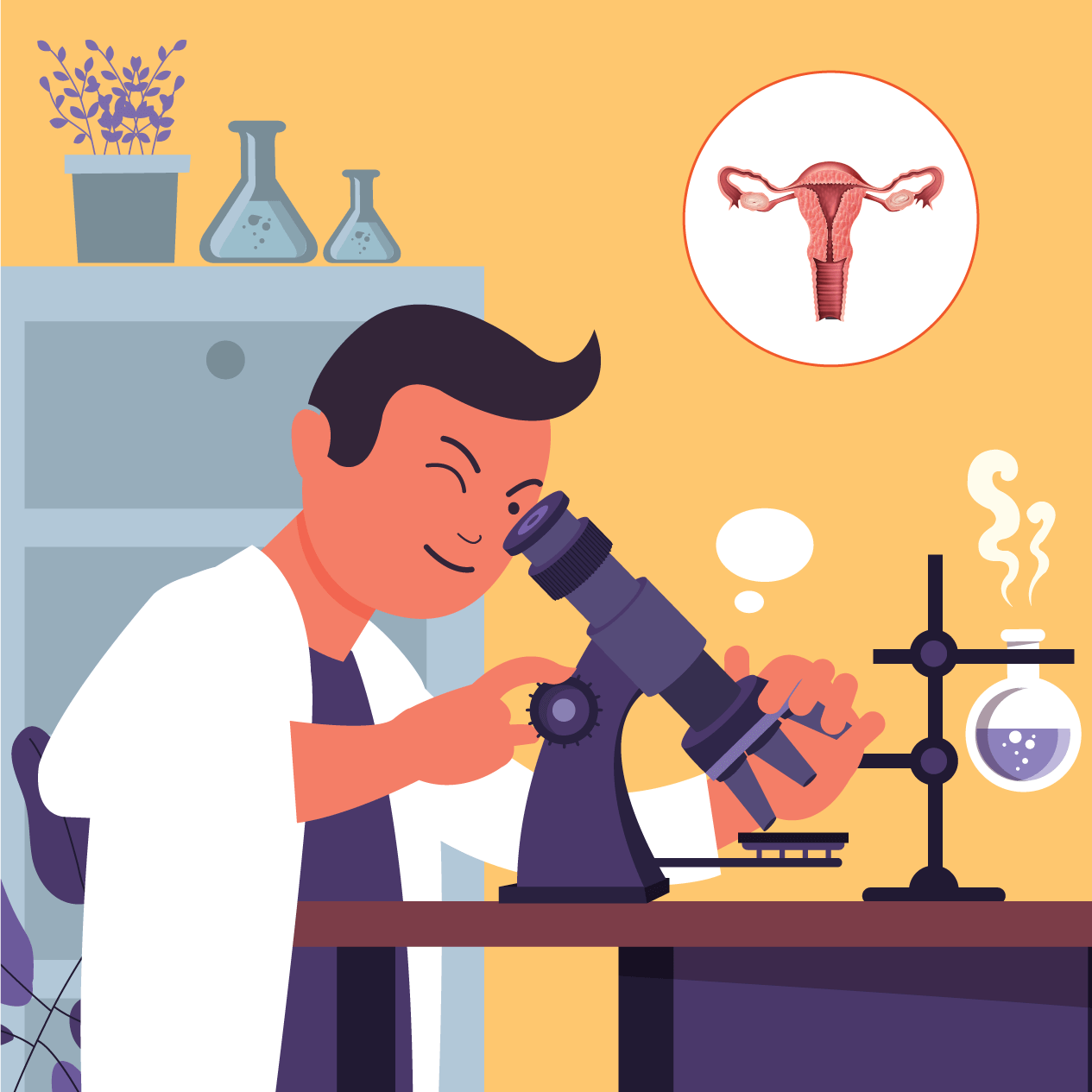 Apply gentle pressure until the surrounding bristles come into contact with the ectocervix and splay out across the cervix. Rotate the Cervix Broom (TM) 5 times in a CLOCKWISE direction to obtain the optimal amount of material.

Note - Do not rotate the broom anti-clockwise as little or no sample will be collected rendering the same inadequate. The bristles are 'D' shaped, and will only collect material if rotated clockwise.

Rinse the broom as quickly into the preservative solution vial by pushing the broom into the bottom of the vial 10 times. Swirl the broom vigorously to further release the material and discard the collecting device.


Liquid Based Cytology Modern Wellness EZIPREP vials can be stored in room temperature itself. The preserved samples can also be used for immuno cytochemistry as well.

“Dear Doctor, We at Modern Wellness Diagnostic Services, along with our family of brands, offer a wide range of diagnostic tests and expertise covering the spectrum of medical conditions and specialty areas.

At Modern Wellness Diagnostic Services, we understand that information is everything when it comes to the health of your patients—and the health of your practice or organization. That’s why we work hard to get you the insights you need every day and to deliver them in a way that will make a real impact. Because in the end, knowing can drive the action that can change everything.”